A few minutes drive away from the Bed and Breakfast along the coast is the famous reserve at Cley. This reserve, run by the Norfolk Naturalists Trust, has birds for all seasons. In winter expect to see massive numbers of Geese – particularly Brent Geese- ; large numbers of ducks as well as Marsh Harriers hunting over the reed beds. It is worth checking the sea off the reserve at this time of the year for Grebes and Divers as well as sea ducks such as Eider, Scoter and Long-tailed Duck. If you are lucky you may see Bearded Tits and Bittern here, as both species are present all year. The shingle bank is also the home to wintering flocks of Snow Bunting which are fed at the coastal car park at Salthouse.

A bit further down the coast is Holkham. In winter the fields either side of Lady Ann’s Road are full of large numbers of geese. These are mainly the more common birds such as Brent, Greylag and Pink footed Geese but each year small numbers of the rarer Barnacle Geese, White Fronted Goose and Bean Goose also are seen. Keep an eye out for Barn Owls as well as they hunt the fields looking for food – often in broad daylight. Don’t forget to walk over the boardwalk through the sand dunes into the shallow rough grass area beyond to look for Shore Lark and Twite.

Don’t forget to call in at the RSPB reserve at Titchwell. Whatever time of the year you are visiting there are birds to see here from Avocets to Marsh Harriers, Bitterns to Bearded Tits, Brent Geese to Spotted Redshank

Amazingly the bird watching spots around Norwich are only around an hours drive away from Homefield Guest House. The Country Park at Whitlingham, in the Trowse suburb of Norwich, regularly holds Smew, Red Necked Grebe and Goosander as well as the commoner duck such as Gadwall, Shoveller and Tufted Duck

Travel along the minor road running north of the River Yare through the villages of Strumpshaw, Buckenham and Cantley. At each of these villages find a spot that overlooks the rough pasture on the side of the Broads for Whooper and Bewick’s Swans as well as big flocks of geese.

From there you should travel in a North Easterly direction to arrive a Hickling RSPB reserve at around an hour and a half before dusk. Close by is a viewing platform which overlooks the rough pasture around Horsey Mere. You can be treated to the amazing sight of large numbers of Marsh Harriers, and the odd Hen Harrier, coming in to roost for the night. In addition, the Common Crane also roosts here and, if you are lucky, you may see one flying in when the light is still good. It can be quite atmospheric when, in the fading light, you hear the bugle like calls of the Cranes. Woodcock and Barn Owl are also regularly seen from the viewing platform. 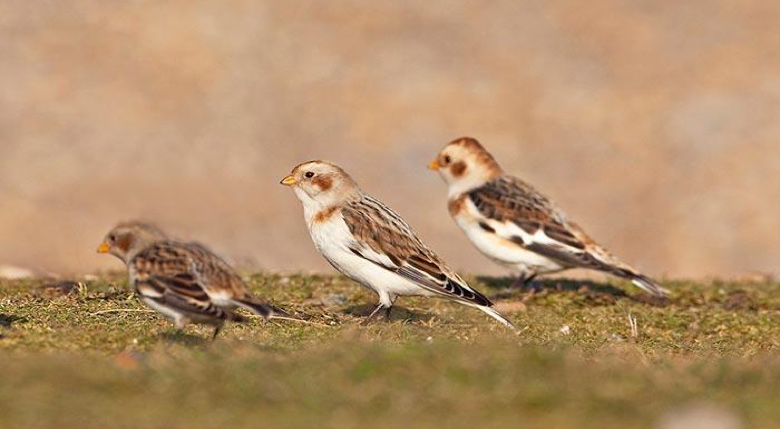 Wildlife Tours and Education of a variety of day tours to suit the wildlife watcher, bird watcher and wildlife photographer in Norfolk. Booking essential